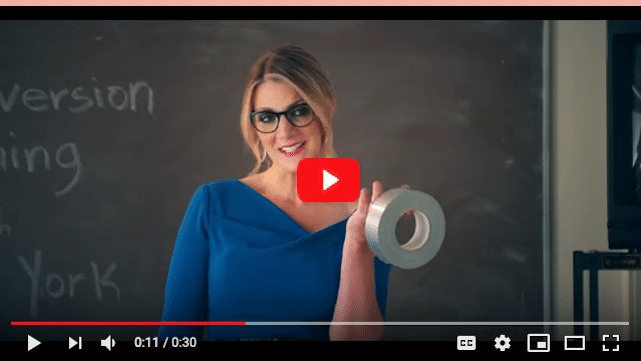 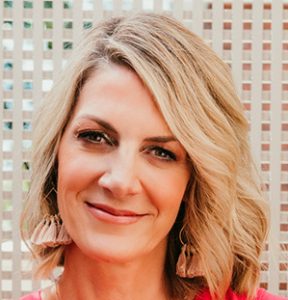 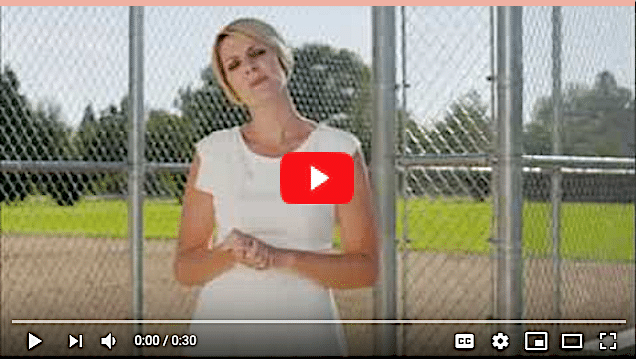 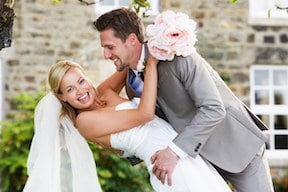 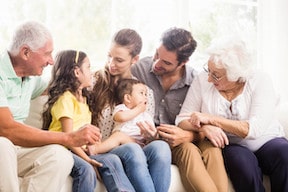 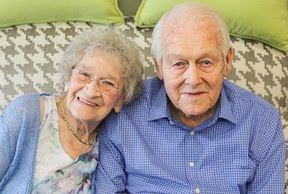 When attempting to create a loving, healthy intimate relationship, it is important to have an accurate roadmap for the journey. Most of our culture’s roadmaps have emphasized fantasy, illusion and denial, and those who follow those maps will tend to have unhappy, conflict-ridden relationships. What follows is a reality-based roadmap which comes from research into couples’ actual experiences of being in long-term relationships.

While theorists disagree on the exact name and number of the stages couples progress through, there is a general consensus that couples go through some version of the following stages. Not everyone goes through all the stages and some couples may go through them in a different sequence, but for most couples this is the normative experience in a long-term committed relationship.

This is the love that Hollywood loves to promote as the only kind of love. Romantic love is wonderful, easy, and effortless. It is very spontaneous and alive. The feelings and perceptions that go through both people are that we are one; we are the same. You are perfect. I can give and receive love with little or no effort required. There is a tremendous emphasis on maximizing similarities and minimizing differences. There is a belief and expectation that you will

provide most or all of my wants, needs, desires. There is generally a high degree of passion and feelings and expressions of romance come easily and often. The partners think about each other constantly, and make much eye contact and are very affectionate when they are together. Many people experience this as living in a state of near-constant bliss and infatuation. There is a belief that these feelings and experiences will go on forever, that ‘we will never disagree on anything’, and that somehow fate or forces larger than themselves have brought them together.

This stage generally lasts from six months to two years, and is the SHORTEST stage of any of the stages of long-term committed relationships.

Ah, reality. Inevitably, predictably, eventually, reality rears its (ugly?) head and the bubble bursts on the Romantic stage. Sometimes it is a slow leak, other times a sudden and complete blowout. But either way, something happens which causes a minor or major conflict in the new relationship. Sometimes the trigger is living together and having to share household chores and experiencing personal habits up close. Sometimes it is an act of deception which is discovered. Sometimes it is planning a wedding, buying a house, or sharing finances. Whatever the cause, after the conflict occurs, it becomes impossible to continue the fantasy that this person and this relationship are immune from struggle, from effort, from reality. Differences which were previously obscured suddenly become visible. Conflicts, anxieties, disappointment and hurt replace the effortless flow of the Romantic stage. There is a sense that this person is not living up your hopes and dreams, and there is an accompanying loss of closeness. Gradually each person is forced to relinquish some of their most cherished romantic fantasies, or to cling to them desperately in a state of denial.

In this stage, it is common to feel as if someone or something or even Life itself has cheated you or robbed you of something precious, almost like a stage of grieving the loss of something innocent and wonderful. There is a desire to be close again but confusion as how to create that. It is the first time that fears of intimacy begin to arise. Suddenly the couple must learn how to deal with very real differences, how to deal with conflict, and how to integrate being an independent person as well as someone in an intimate relationship.

In short, Adjusting to Reality is the stage where the Real Relationship begins.

As the disillusionment of the Adjusting to Reality stage deepens, the couple tends to have more disagreements. Minor issues blow up into larger arguments. Yelling appears for the first time, if it ever will. Both partners dig in their heels and defend their positions on issues fiercely. Each person digs in their heels and protects their turf. This once-tender effortless loving relationship has become a battleground and evolved into a daily Power Struggle. This is a typical stage in the development of a long-term committed relationship.

For the first time in the relationship, there are occasional or frequent thoughts of leaving the relationship. This person who only recently appeared to be the embodiment of pure love and joy in your eyes suddenly seems self-centered and not to be trusted. Doubts arise as to whether the other person really loves you. There are consistent feelings of ambivalence and anger. Blaming and accusing becomes the most common form of interaction. Each partner is afraid of giving in, and wants the other to change. This is where deep resentments begin to form, which if left unchecked, become the cancer that eventually eats away at all the love and tenderness that has come before. Sarcasm and hostility enter into daily conversations.

This does not have to be the end of the relationship. The tasks for the couple here are to develop problem-solving, conflict resolution and negotiating skills. The conflicts will clearly not go away on their own. Each person much learn to listen respectfully to their partner’s position, even if they don’t agree with it. They must learn to support their partner’s own growth, even if they feel it compromises their own. They may see the origins of the patterns of their conflicts (and their dysfunctional ways of resolving them) in their family of origin.

The Power Struggle is physically and emotionally draining, and if the couple can survive, they move into the next stage, of a conscious Re-Evaluation of the relationship. Whereas the original commitment one makes is typically based on projections of fantasy, this Re-Evaluation takes into account the reality and fears and defenses of each person. Do I really want to stay with this person? You know who this person is now, you know their limitations, and you know the range of which they are capable of improving or getting better. Knowing all that, do you still want to stay? That is the question that gets answered during this stage.

Both people tend to turn outward to resolve their issues, instead of toward each other. As a result, fears of abandonment come up strongly here. Can I make by myself? Am I really okay the way I am? Will anyone else find me attractive or appealing?

Both people emotionally (and sometimes physically) disengage and withdraw during this stage, which makes it the stage in which separation, divorce and/or an affair are most likely to occur. Feelings of resentment are less intense in this stage, as the affect in the relationship is likely to be very flat and empty. The sexual relationship sporadic at best and more likely non-existent. Things are ripe for an affair to burst on the scene, and often a person in this stage will begin to confide in someone of the opposite sex. This confidante will take on more and more importance in the person’s life, due to their neediness and vulnerability, and they will often get emotionally very involved without consciously realizing it. At this point even the slightest affection is like throwing a match in the forest on a hot summer day, and a passionate, intense affair will begin.

The danger is that when an affair begins at this stage, it is almost impossible for the relationship to recover. The primary relationship has too little going for it in the way of gratification on either side, and the inevitable comparisons between the affair and the relationship seem like night and day.

The task for each person here is to stay present and honor their commitment, develop individually and be able to see their partner as a separate person. This is the only way the relationship can survive and move into the next stage.

In this stage, after the distance of the Re-evaluation, if the relationship has survived, there is a re-awakening of interest in getting closer and connecting again. Knowing all that they know, coming from reality and not fantasy, there is a decision to have the willingness to try once again. There is an open acceptance of the conflicts and differences in the relationship, but they are approached with a different attitude: they are used as opportunities for learning about oneself and the other person. They are catalysts for growth and change. There is a recognition that the differences are real and won’t go away, and that neither person can really change the other. Thus begins a process of struggling to create an honest, genuine intimate relationship. The people connect again and the relationship again begins to produce ongoing satisfaction for both partners.

In this stage there is also a deeper sense of taking responsibility for one’s part in conflict and in lack of satisfaction. Each person may recognize the link between what they learned as children in their families of origin and how they approach intimate relationships. They own their distortions and projections onto their partners. They begin to see their partner as they see themselves, as a somewhat flawed yet decent person who is making a sincere effort to love and be close and still take care of their own needs.

There is a deeper acceptance in this stage that any relationship cannot and will not save you in any sense. You still have your own individual needs and issues and they does not go away just because you are in a relationship. But the part of your life that can be nurtured and shared in a loving, accepting relationship is also real and in this stage each person looks to the other for that connection. The war is over, the conflicts are accepted, and there is a sincere desire to learn how to work through the issues to a satisfying resolution.

The final stage in a committed relationship, which researchers estimate less than 5% of couples ever reach, is one of complete Acceptance. There is an integration of the need of the self and the needs of the relationship. Each person takes responsibility for their own needs, for their own individual lives, and also for providing support for their partner. A high level of warmth is present. The couple is able to maintain a balance between autonomy and union. Conflicts still arise on occasion, but as a result of the struggles of the previous stage, the couple has figured out how to resolve most conflicts relatively quickly. Resentments are few. There are few surprises: these are people who know one another and know what to expect. They accept what they are getting, with no denial or fantasy involved. They work together as a team to stay connected and also maintain their own identities.

These are the six stages that most couples go through during a long-term committed relationship. While not every couple goes through every stage or in that exact sequence, nonetheless this roadmap, based on the research on actual couples’ experiences of intimate relationship, still provides the best roadmap we have available for charting the most likely path of an long-term committed relationship. And if we have a roadmap, we can chart the healthiest and least disruptive path to the goal of a fulfilling, intimate relationship.